Sharleen Joynt on Episode 4 of The Bachelorette

The former Bach contestant, podcast host and FLARE columnist shares her insider's POV on the fourth episode of Clare's season The post Sharleen Joynt on Episode 4 of The Bachelorette appeared first on FLARE.

Oy, this show. What is with its bonafide obsession with proposals? I don’t know about you, but I really do not care whether or not we witness a couple winding up engaged. (A good example: Astrid and Kevin from Season 5 of Paradise—they ended up engaged off-screen and, if anything, I’m more invested in their relationship because of it!) As much as this franchise might suggest otherwise, it just won’t shed its outdated undertones, the narrative that not riding off into the sunset with one’s dream man is automatically “settling,” or that a proposal is a “last hurdle” a woman must clear. (While convincing Clare to OK a proposal by telling her to trust her instincts regarding Dale, Chris Harrison literally referred to it as a “last hurdle.”) For all the hype we’ve been given about female empowerment in terms of this season and with Clare specifically, you’d think there’d be a tiny bit more flexibility in allowing Clare to call her own shots, to not pigeonhole a connection she’s still only exploring, and to not pressure a man she’s known for two weeks (and who she’d technically gone on one real date with) to propose.

In fact, just the opposite occurred: Clare’s history with “dysfunctional relationships” was used to justify a shotgun proposal. Rather than telling Clare to patiently nurture a connection she believes in, and to give it an honest shot in the real world before putting any labels on anything, production and Chris Harrison instead implied a proposal would be proof of her confidence. Our dear host told her to “trust herself,” as though an engagement would somehow reflect a trust in her instincts regarding her and Dale as a couple. They challenged her “when you know, you know” adage, and in fact, used it against her.

Read this next: Clare Crawley Isn’t the Worst Bachelorette in History

As far as Clare and Dale go, I realize it all worked out in terms of this season. And that’s not to say I didn’t enjoy this episode on the whole. (While a bit slow, it was a comforting cake walk after last week’s torturous two hours.) But I’m just beyond frustrated that the show put this kind of pressure and expectation on a relationship still in its infancy. (Hell, only one dinner and overnight date in, this relationship was positively fetal!) Interestingly, as Nick Viall and I discussed on his podcast this week, producers didn’t even seem to try to hide the fact that they were pushing for a proposal (versus either Clare or Dale). To me, the fact that production put such pressure on them to make this happen, presumably for the money shot of Dale down on one knee presenting a Neil Lane ring, is irrefutable proof that they do NOT have Clare’s best interests at heart. Heightened stakes are always this show’s goal, no matter whose relationships buckle under the weight of that immense pressure.

The Pressured Proposal was so unabashed—unabashed to the point of almost feeling self-congratulatory—that it made me wonder if it was an outstanding balance owed by Clare for “blowing up” this show. Contestants on Paradise may be allowed to ditch the show and go home together to date like normal people (à la Caelynn and Dean), but in Clare’s case, with three-quarters of a season left to film and a ton of scrambling to be done on production’s part, it’s doubtful she’d be given the same leeway. I wonder if, for finding what she wanted too soon and being unable to fake it, she was left owing The Powers That Be. Clare paid a hefty price—the price of a Pressured Proposal, versus an organic one where Clare and Dale felt so ready that they came up with the idea—in exchange for being one of the most sincere leads the franchise has seen. Clare proved she valued a relationship over being the lead, and considering how many people wouldn’t enjoy Clare’s single-mindedness, even over her own image. How many leads have played the part, enjoyed the attention of many doting candidates, acted out hemming and hawing over them, when deep down they already knew who they were picking?

Pressured Proposal aside, what really stood out to me last night was how we continued to be NOT shown Dale’s perspective on things. Pretty much everything we know about him is through the lens of those around him; the men speculating about his readiness—or lack thereof—for marriage (a little rich considering they too have known him for two weeks), and via Clare’s descriptions of him. It became clear last night that this has been an intentional choice all along. Given Dale did end up proposing, he surely felt very strongly about Clare. And given this is The Bachelorette, he surely confessed some version of his feelings in his ITMs; those conversations are literally designed to have you confess feelings. This was yet another example of insulting editing. Clare is our “strong, empowered” woman, yet most of this grand finale was spent watching her fret about Dale and whether or not he would reciprocate—when he DID INDEED reciprocate and surely there was plenty of footage to prove it! I get that there needs to be a hook, that we need to feel some sense of suspense. But it was a bit extreme to have her worries regarding Dale edited alongside her confessing having “begged men to love her,” that “no man had ever stayed,” without a peep from him requiting her affections. Instead, with no evidence to suggest Dale might not need to be begged to love her, and that he would stay, we were left with a vibe that Clare—again, our hotly anticipated “empowered” Bachelorette—might be rejected, weak, desperate or delusional.

Read this next: You Have Your Bachelor Nation Faves—Now Find Out How They Vote

It’s in this sense that, after this bizarre, speedy, confusingly sweet love story, I’m left really believing in Clare and Dale. And it’s not because of Clare assuring us she “knows,” nor because they’re still together. Hell, it’s not even about their engagement. To me, what has me believing in the X-factor of this relationship is the gesture Dale’s proposal represents.

Dale had to have known how it would have reflected on Clare had he refused; no matter how unreasonable a proposal is in this short a time frame (NO one is disputing that), Clare was between a rock and a hard place. Production had her trapped between expecting Dale to propose after two weeks of knowing each other, versus being rejected and having been “wrong” about him and her instincts. (Simply dating each other in the real world wasn’t an option, remember.) That aforementioned narrative of Clare being rejected, weak, desperate or delusional would have become the takeaway had Dale not caught the baton she’d thrown him, had he not validated everything she’d described him to be. So, I guess you could say I believe in Clare and Dale because, in the end, and even with so few words of his shown, Dale did prove Clare right. He “showed up” in the most major way for her: He threw himself in front of the proverbial fire-breathing dragon (production + a judgmental audience of millions) to protect her. Watching Dale get down on one knee last night was the closest thing to a knight in shining armour I have ever witnessed on this show, and was by far the most “fairytale”-like ending we’ve seen.

Congratulations to Clare and Dale! I wish this unique and special couple all the best.

The post Sharleen Joynt on Episode 4 of The Bachelorette appeared first on FLARE.

Why The Queen’s Gambit Is Netflix’s Most-Watched Show

10 Tips for Getting More Bang for Your Marketing Buck -...

Does Foundation Stop Your Skin From ‘Breathing?’

11 Brands You Can Feel Good About Buying From on Giving...

These brands are donating proceeds of their sales to philanthropic organizations...

My daughter is only six, but I’ve already begun to envision items from my closet... Sancho backed to return to best form by Dortmund coach...

The English talent will get back to his best for the Black and Yellows, according... 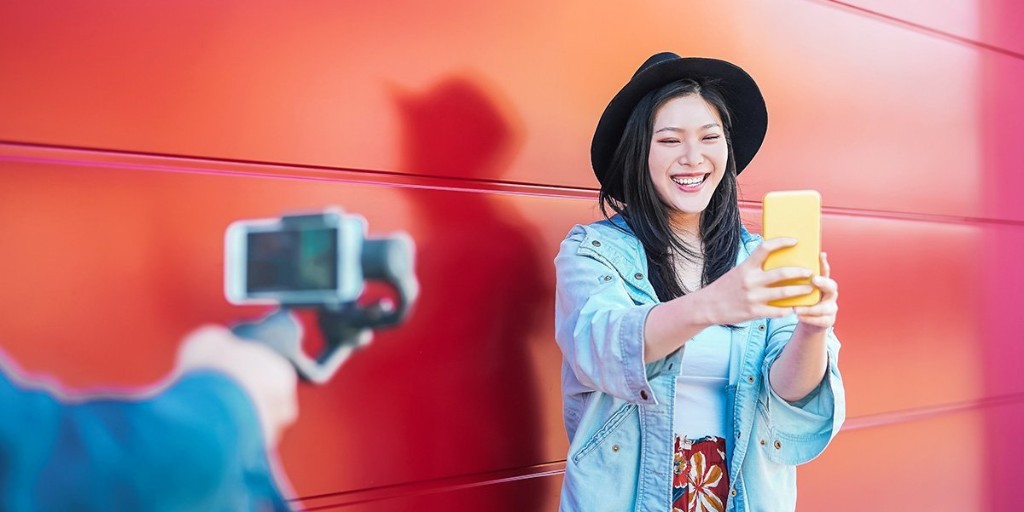 The days of relying solely on traditional media to get your product out there are...

The Weeknd Was Just *Majorly* Snubbed by the Grammy Awards

And we really shouldn't be that surprised The post The Weeknd Was Just *Majorly*... This Neo-Nazi Group Is Organizing On Facebook Despite A... 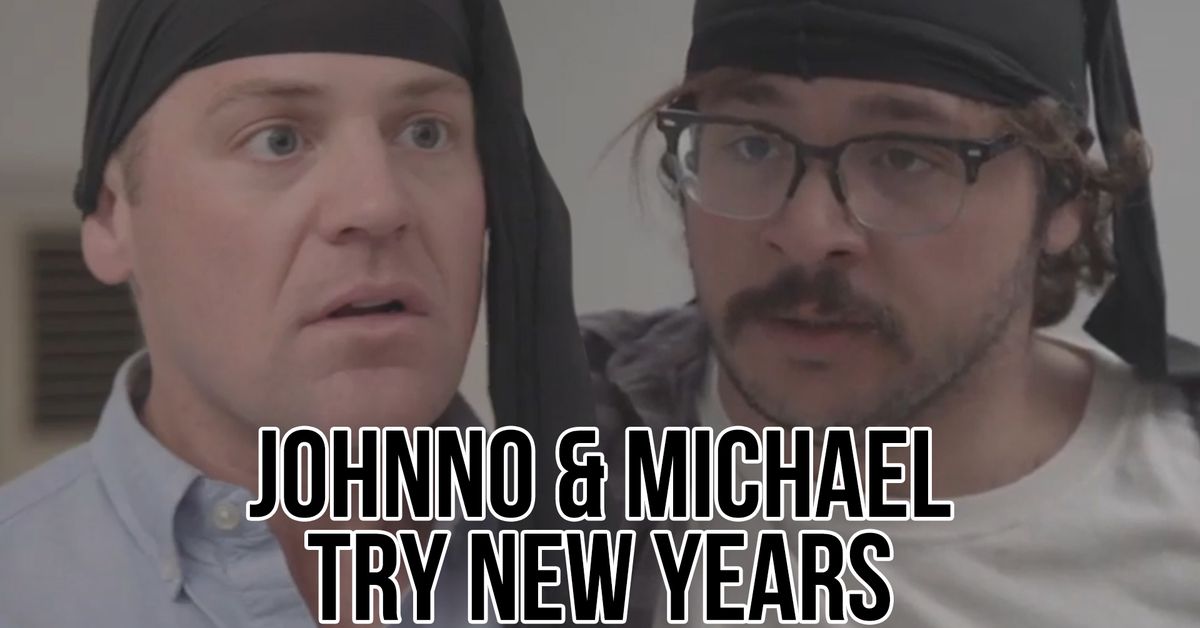 Johnno and Michael didn’t do ANY of their New Year’s resolutions, AND THE YEAR IS...

Brands should use video to succeed on Instagram | ZDNet

Videos are proving more and more popular to capture your audience’s attention according...